Maryland DHCD: An Important Strategic Partner for Warfield and the Town of Sykesville - Warfield at Historic Sykesville

Maryland DHCD: An Important Strategic Partner for Warfield and the Town of Sykesville 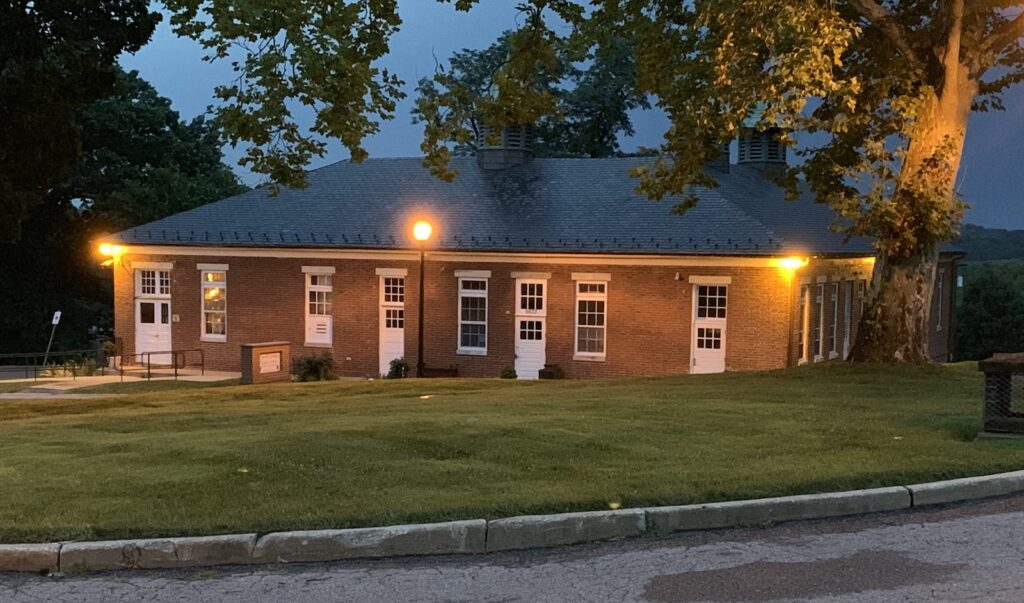 In a previous article, we discussed how most large-scale historic preservation projects require multiple government incentive programs to achieve financial viability. In particular, we covered the essential role that federal and state historic tax credit programs play in such projects, and how a proposed Catalytic Historic Tax Credit would help bridge a significant part of the current funding gap for Warfield and other large projects in Maryland.

In this piece, we look at the importance of another state program called the Strategic Demolition Fund, which is a revitalization program run by the Maryland Department of Housing and Community Development (DHCD). More generally, we will discuss the much larger role that the DHCD can play in both Warfield’s and the Town of Sykesville’s future success.

The name of the Strategic Demolition Fund is a bit misleading given that grants can be used for more than just the demolition of blighted structures. Funds can also be used for activities such as site acquisition and assembly to create redevelopment-sized parcels for solicitation or planned development, site development, and construction-level architectural and engineering design. According to DHCD’s website, the “Strategic Demolition Fund seeks to catalyze activities that accelerate economic development and job production in existing Maryland communities,” which is a much broader mandate that one might initially assume.

Warfield was recently awarded a $750,000 grant from the Strategic Demolition Fund by DHCD. Funds from this grant will be used to perform wetlands remediation work in Carrie Dorsey Park, the town park situated in the middle of Warfield, as well as other park improvements including additional asphalt trails, bridges, and modifications to the existing man-made oval pond located along Piney Run on the northern edge of the park. Not only will these improvements benefit residents of the Town of Sykesville who use the park, but they will satisfy project regulatory requirements that will enable two of the vacant land bays at Warfield to be developed to their full potential. 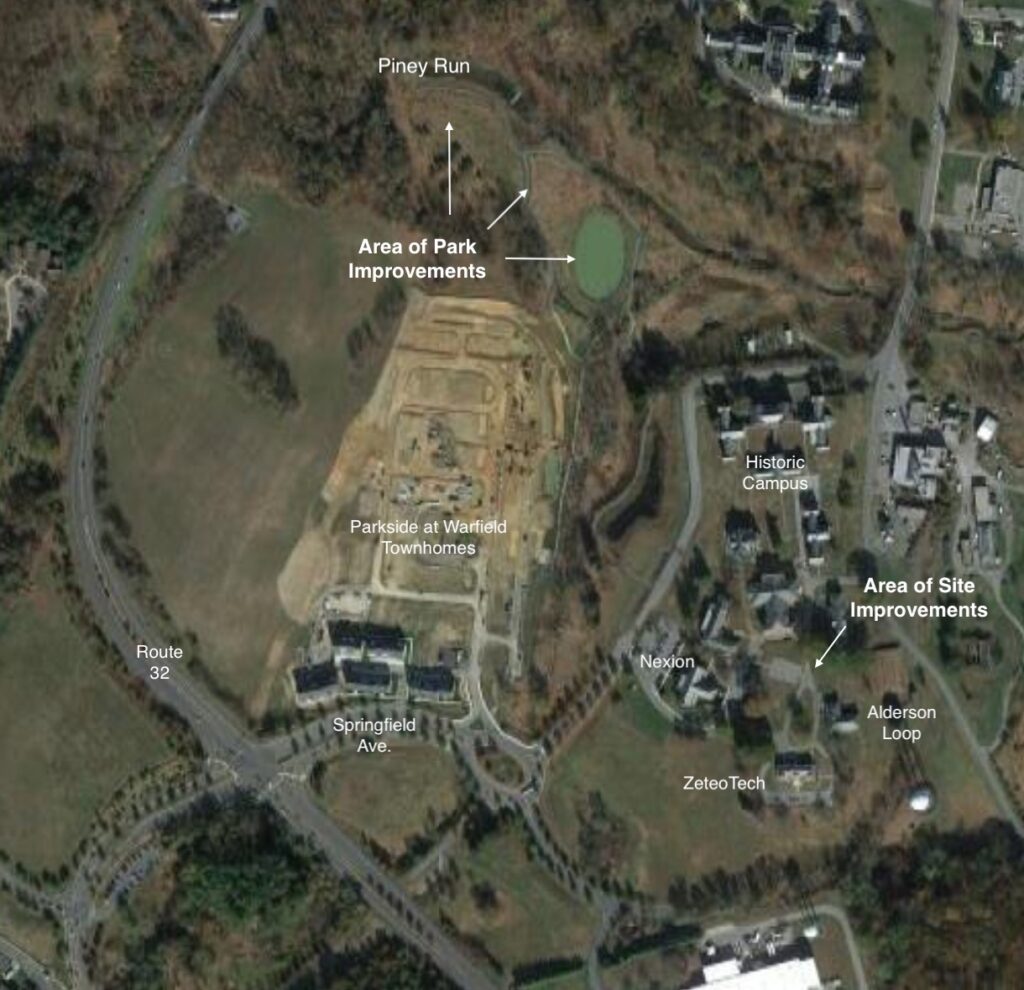 We also intend to use the current grant award to repair and improve an internal road and parking lot serving buildings occupied by ZeteoTech and Alderson Loop, two of the three companies located at Warfield. These improvements are long overdue and will include the milling and repaving of asphalt, curb and gutter and sidewalk repairs, parking lot restriping, and minor drainage improvements. Such improvements are vital to retaining and attracting commercial users at Warfield.

Although grants from the Strategic Demolition Fund alone will be a smaller piece of the long-term funding puzzle than historic tax credits, they are a very important source of early-stage development funding for the project. More importantly, these grants will be part of a much larger package of incentives available through DHCD to support the Warfield project, that we expect will rival and even surpass the financing provided by historic tax credits. These resources could include access to additional tax credits for housing, and tax-exempt bond financing.

It is important to note that DHCD’s investments in Warfield will also be an investment in the Town of Sykesville and Carroll County. DHCD’s support will enable and accelerate the development of the project, which will result in the expansion of the town’s and county’s respective tax bases, as well as significant economic development. There could even be additional direct state investment in the Town of Sykesville.

In recent years, DHCD has made apparent its willingness to invest in the Town of Sykesville. Since 2011, DHCD has invested over $500,000 in several town projects, most of them related to Main Street revitalization. Since 2013, DHCD has also made approximately $5.5 million in loans to Sykesville residents through Community Development Administration single-family loan programs. This demonstrates a remarkable commitment by DHCD to invest in a small town of 4,000 residents.

For more information on DHCD in general, go to https://dhcd.maryland.gov/pages/default.aspx